Discover our dairy ingredients for food

Emmental cheese has a straw yellow color and has a smooth and dry surface. Its sweet and sour taste is slightly salty. The smell of the cheese is sharp on the nose and a bit fruity. It has a firm texture, it is elastic and it is soft. The dry matter content is minimum 60%.

Emmental cheese is a hard pressed cheese widely used in the food industry and consumption. It is a refined hard cheese which is compliant with the general cheese regulation (Codex Stan 283-1978).

Emmental cheese is produced by microbiological fermentation, using thermophilic bacteria that produce lactic acid. The secondary fermentation is done by bacterium activity that produces propionic acid. After cutting, the Curd is heated at a temperature significantly higher than the coagulation temperature.

Emmental cheese production contains standardization and curdling principles. After that the curd is separated from the whey. This curd is brought into a mould and is then pressed for 5 hours. The product transforms into a homogeneous mass. This can be a so called “wheel” or “block”. The wheel or block is then soaked in a bath of brine. After two days you have a white cheese.

The next step in the production process of emmental is refining (which can take 7 to 9 weeks) and is divided in two steps:

During the last phase, carbonic gas develops the typical holes in the cheese. With cooling down the cheese the fermentation process stops.

Emmental cheese can be made in wheels (up to 100 kg each), in blocks or even in loafs.  A packaging film is used to avoid the formation of a crust. 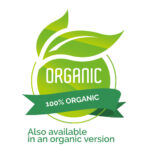 Talk to a Numidia Trader

Schedule a phone call with one of our dairy traders.

The Quality Dairy Products of Numidia find their way in more than 100 countries worldwide. Customers are food and feed producing companies, importers and governments.